The search for Abraham is best put by Richard A. Freud in his book, Digging Through the Bible;

"The search for specific historical figures and places through the use of archaeology is generally a frustrating and often fruitless endeavor....It is like looking for a proverbial 'needle in a haystack' "

Indeed the search for archaeological evidence has produced nothing to suggest Abram ever lived.

Despite archaeology's inability to prove his existence, three of the world's most powerful religions all claim the father of many nations as their own. Islam, Judaism, and Christianity all trace their roots back to Abram and his offspring -  Ishmael or Isaac. Water wells throughout the Holy Land still carry his name to this day, attributed to him from over 4000 years ago.

He was the founder, or at least the earliest and most popular adherent of, Monotheism (the belief in one god) that history can provide. Monotheism stood in contrast to Polytheism, the belief in many gods - by far the most popular form of worship in antiquity. He was the first missionary, in the sense of serving God in a foreign land. He is listed in the New Testament as a model of faith and obedience to God.

Yet, he is a mystery in the world of archaeology.  Little to nothing exists of him in a tradition outside of Islam, Judaism and Christianity. Though it is widely agreed upon that he did exist, the details of his life are still in debate.

It is known that mass migrations did occur, around 2000 - 1880 B.C.E., from Mesopotamia to Canaan, the route Abram is said to have traveled in Genesis. It is also widely agreed upon that, whether he existed as an actual historical figure or a composite of many different stories, him and his family more than likely emerged from a Semitic speaking tribe, located in Mesopotamia, though the exact location is widely debated. 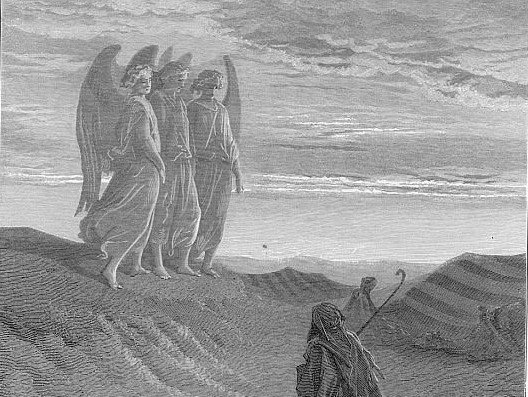 Abraham is visited by YHWH and His Watchers.

His birth is associated with Ur, of the Chaldeans. This phrase, "of the Chaldeans" was a later addition to add context for the readers of that particular time. The Chaldeans were not in existence during the time of Abraham.

The Chaldeans were a tribe which lived on the shores of the Persian Gulf. They did not arrive in southern Mesopotamia until the end of the second millennium, whereas the time of Terah and Abram was much earlier, closer to the beginning of that time period.

Many scholars claim the intent of the author was to identify Ur to readers of the Bible in the first millennium B.C. However, another theory remains which claims this word, "Chaldeans", is actually a mistranslation of the Hebrew word Kasdim, which is the Old Testament word for Babylonian.

Regardless, the exact location of Ur depends on what perspective one is looking through. To Jews and Christians, Ur is associated with the capital of ancient Sumer. Muslims, however, associate Ur with Sanliurfa, an area in southern Turkey. Still, others claim the actual location of Ur is unknown. Zechariah Sitchin offered the theory Abraham was born in Nippur, and Terah later moved the family to Ur in Southern Mesopotamia.

Ur was sacked by the Elamites ca 2000 BC - 1960 BC. Some feel as if Abram may have been influenced to leave the city due to the political climate of Southern Mesopotamia around this time. Around this same time it is known a wave of Amorites migrated into Palestine. It is very possible Abraham and Lot were a part of this migration into the Promised Land - called by God to leave Ur and spared from the ensuing war with the Elamites.

The Bible is the most complete account of this extraordinary man's life. The book of Genesis records his movements from the time of God's calling him at the age of 75, until his death at 175. Most frame the historical time period of Abraham anywhere from ca. 2200 - 1900 BC.

Bruce Feiler (Walking the Bible) dives into the spiritual side of God's servant in his book Abraham, courtesy of Amazon.com. Feiler provides a perspective on this incredible man from each of the world's top three religions; Judaism, Christianity, and Islam. All three religions trace their roots to the Father of Many Nations, and Feiler explores the legends of each religion surrounding him, and compares the Biblical narrative to the Koran in this enlightening and insightful book.

The Life of Abraham

Old Testament Timeline : Abraham marks the first point in Genesis where history can attempt to date the Old Testament narrative with any degree of certainty. Debates exist, for sure, about the time period but tempting evidence suggests the Middle Bronze Age, more specifically ca 2000 BC.

The Story of Abram : This story begins with God's call for Terah and his family to leave Ur. From Ur, Abram would encounter many trials on his way to becoming the Father of Many Nations.

Sarah : As he entered Canaan, his focus became a male heir to inherit his household, and continue God's work. Together, he and Sarah faced many hardships before the birth of Isaac.

Lot : With the death of Lot's father, Haran, his uncle Abram seems to have adopted him. Uncle and nephew would encounter numerous adventures in Canaan.

Melchizedek : Who was Melchizedek, Priest of the Most High God? After Abraham defeated Chederlaomer, Melchizedek blessed him in the name of God. Some claim him to be Shem. Others perhaps an angel. Melchizedek is one of the most mysterious characters in all of the Bible.

The Sodomite Society : The sin of the Sodomites has been a topic of discourse among Bible scholars and historians. What was Sodomite society like? What must their sin had been to draw such wrath from God? Numerous traditions exist describing the depravity of Sodomite civilization.

Sodom and Gomorrah : The destruction of Sodom and Gomorrah is one of the strongest messages in all of the Bible. Brimstone rained down from above, burning the Cities of the Plain to the ground. In fact, mysterious brimstone deposits have been found all around the Dead Sea area.

Hagar and Ishmael : Hagar and Ishmael were cast out into the wilderness. However, God protected them. His promise to Ishmael he would also establish a great nation is seen in the Arab nations of today.

This man is one of the most important figures in all of the Bible. To understand the social and historical context of his day, and what God was asking him to do, is paramount to understanding faith of Abraham and what role faith plays in a relationship with God. 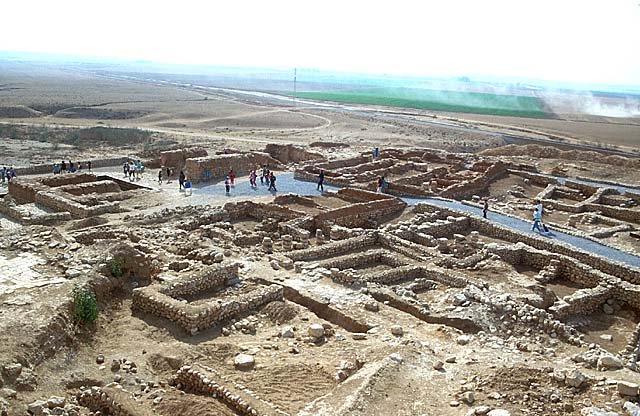 The ruins of ancient Beersheba in the Negev.

Are you interested in Abraham? What are your thoughts concerning his life? Muslims, Jews, and Christians alike share a common bond with Abraham. Share your thoughts and comments on Abraham and his remarkable life!

The claim of Adam being Egyptian god Men, or first Pharaoh Menes is not new. Many know of it. Egyptian priest Manetho uses it when he starts Pharaoh with …

Why Abraham Had to Leave His Family

Abraham is the only family in the Bible that I can think of who had been given their names by GOD. Abram to Abraham, As for Sarai her name will be Sarah. …

First of all,thank you so much about this valuable information about the trip of our father of prophets Abraham and his blessed wife lady Sarah. Being …

Who are the Children of Abraham?

Abraham is the father of many nations. But he is not the father of the white people. Abraham was a black man who was Hebrew. When are you people going …

The True Abraham of The Bible

The House of Abraham & UR of the Chaldeans

Reading the preamble above I was not sure if the person believed, or was relating certain philosophies about Abraham. UR. A city has been uncovered …

The Ages of Terah & Abraham

Abraham and His Army

Interesting thought that if these trained men were born in Abram's house, they must have come with him on his journey to Canaan, as at the time of the …

Abraham of the Bible

Something that always concerns me is that though Muslims and Christians claim to be inheritors of Abraham - there is only, in fact, one peoples who are …

Why the Land of Canaan?

I'm posing a question more than adding insight. I'm trying to figure out why Terah would have set off for Canaan? There's nothing that says God gave …

God of Abraham and Terah

Is it possible that God first called Terah, not Abraham, to leave Ur of the Chaldeans & take his family to a place where they could serve God alone? …

It would seem quite easy and simple to think about Israelites at the time of Abraham as Egyptians. They did exactly some of the things done in Egypt (According …

The Story of Abraham

Remember that Abraham has been richly blessed. He has land, sheep, camels many servants, and material goods. Now Sarah throws a fit and demands that Abraham …

Terah not Abram chose the journey to Harran Syria Not rated yet
Terah did not stay in Harran in a choice not to go to Canaan with Abram. Instead Terah was dying there, and Abram was not leaving until he did. Thus the …

New Discovery 3744-year Menes countdown Not rated yet
The claim of Adam being Egyptian god Men, or first Pharaoh Menes is not new. Many know of it. Egyptian priest Manetho uses it when he starts Pharaoh with …

"Psalm 121" Not rated yet
I came across your site by accident when following up on a discussion on trying to find the true location of Biblical Zoar (Bela), for the Byzantine-era …

Lot's wife Not rated yet
Who was Lot's wife, where was she from. Did Lot have wife and children before he parted ways with Abraham? Just wondering if her background (country of …

Perplexed Not rated yet
As I ascertain to find a more clear understanding by The Spirit of ONE TRUE Master, YHVH. Time and pondering seem to be the key to gain insight. For …

Terah Was Called Before Abraham Not rated yet
The account does not say so directly, but it appears that Terah was called before Abraham. The author of the Genesis account is sparse with detail, and …

Abraham & Biblical Characters Not rated yet
I have been researching all the Biblical characters from Noah to Abraham. It is very enlightening, especially Noah who was born with a shining glow like …

The God of Abraham is Love Not rated yet
I have had some doubts regarding the faith of Abraham as it has popularly been told over the years. I do not believe his faith was measured by his willingness …

The God of Abraham Not rated yet
God said to Abraham I will make you a father of many nations. God chose Abraham and his descendants as a picture of a Spiritual marriage to God. … 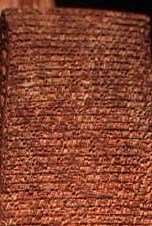