The Septuagint was the dominant Old Testament version during the Apostolic period. The LXX is what Christ and His disciples would have read and studied from during His ministry.

From the Latin, septuaginta, literally 'seventy', often abbreviated 70 in Roman Numerals (LXX), the Greek Septuagint is the earliest surviving Greek translation of books from the Hebrew Bible.

It was written in Alexandria, Egypt. Alexandria was home to a large Jewish population during the Roman era. It has been estimated that up to 35% of the city's population was Jewish at this time. As f 2017, only 12 Jews were recorded as living in Alexandria.

Thus Alexandria was a fitting city to translate the Hebrew Bible to Greek. The LXX was started in the 3rd century B.C.E. and finished prior to 132 B.C.E. It is the oldest of several Greek versions of the Old Testament, dating from the time of Alexander the Great.

According to the Talmud, King Ptolemy placed 72 Jewish Elders in 72 different chambers, without them knowing why they were put there. He then entered each chamber, and told each Elder to write down the "Torah of Moshe, your teacher".

Upon conclusion, according to the Talmud, each version was identical to the other, as God had put the same words into the heart of each Elder.

Though the later books of the Septuagint have drawn criticism, the five books of Moses, or the Pentateuch, has been highly regarded as an accurate translation since antiquity. 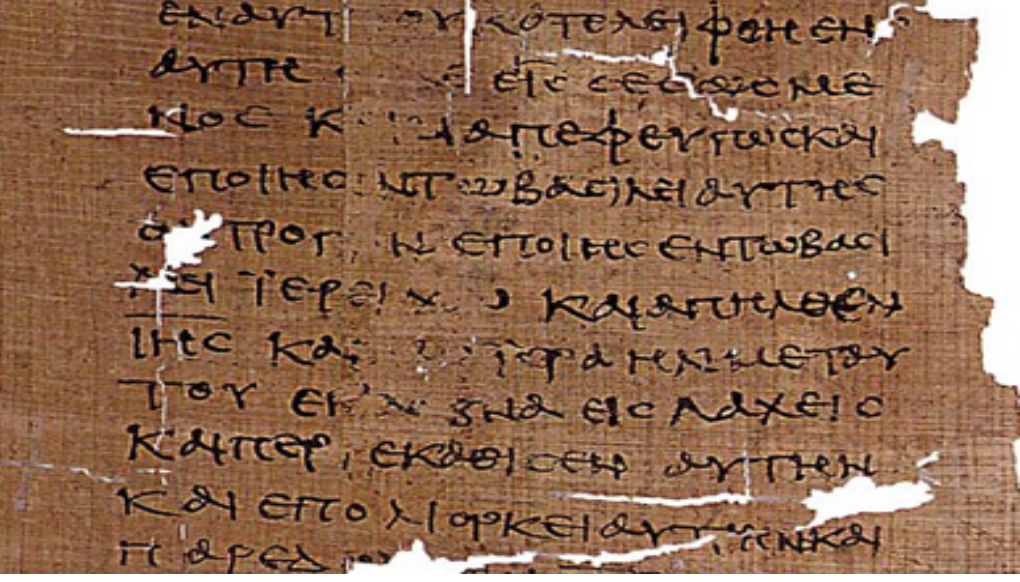 A 2nd century Septuagint manuscript of the book of Joshua.

Similarly, the ancient scholars and Church Fathers had little trouble believing angels descended from heaven and had intercourse with women. William F. Albright expressed this exact notion in his book, From the Stone Age to Christianity.

"The Israelites who heard this section (Genesis 6.2) recited unquestionably thought of intercourse between angels and women."

The intensely spiritual Philo of Alexandria wrote a piece on the subject entitled, Concerning the Giants. He based this treatise on the Septuagint.

The Greek Septuagint & The Nephilim - click to publish your article!

In his discourse, he translates the phrase exactly like the Septuagint, "angels of God". Philo believed the word "angel" could refer to both good and bad angels, just as the word "soul" applies both to good and evil beings.

Philo argued that the story in Genesis 6 was historical, and it is not a myth. Philo insisted that the incident is to teach us that some men are "earthborn", while others are "heaven born", yet the highest are "God-born".

Also worth noting is the Septuagint's translation of the word, "Nephilim". In the Greek Septuagint "Nephililm" is rendered as Gegenes.

One must keep in mind the Jewish Elders responsible for the Septuagint were writing in Greek for a Greek audience. Thus, their use of this word Gegenes is telling.

In Greek mythology, the Gegenes, or the Titans, were powerful deities. These divine beings ruled during the mythical Golden Age until they were overthrown by the Olympians in the Battle of the Titans.

This battle took place long before man, and was a major part of Greek Mythology. It would seem that the Jewish Elders wished to convey this idea of divinity to their Greek audience.

As a result, "Nephilim" became "Gegenes" in the Septuagint, meaning, beings of divine origin. Thus, the Septuagint provides further evidence the Scriptures being read and studied in the ancient times were interpreted, in certain regards, much differently than modern day interpretations.

SHARE YOUR THOUGHTS ON THE NEPHILIM. Click on the above link to give us your insights into the Septuagint and/or the Nephilim. Give us your thoughts, comments, and questions! 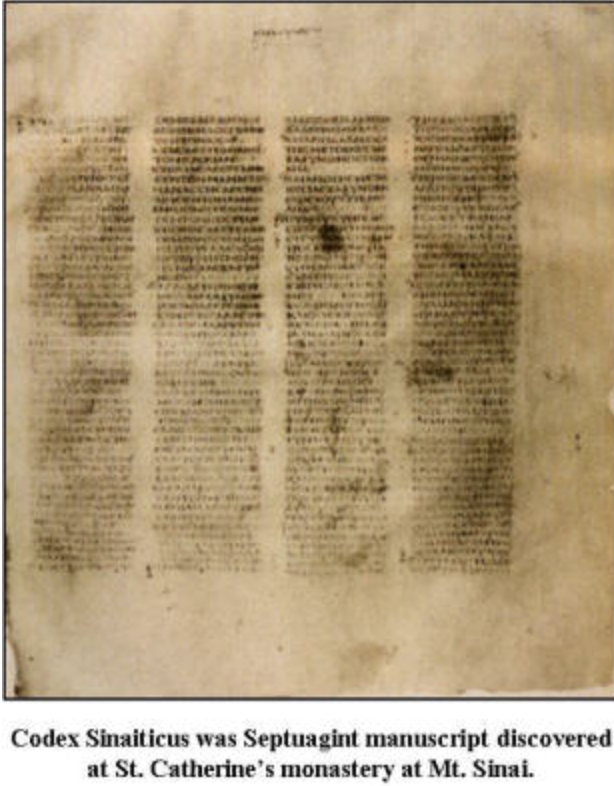 Click on the link below to view this edition of The Greek Septuagint at Amazon.com!

The Septuagint with Apocrypha: Greek and English

Back to The Greek Septuagint

Enoch & the Nephilim: Unexplained Mysteries of the Bible

Are you intrigued by these passages from Enoch and Genesis? Have you come across these questions before? Seeking answers and explanations of mysteries has been an endeavor of man since the earliest of times. Share your thoughts and questions on the Nephilim, Enoch, the Watchers, and other Bible mysteries!

Why no Nephilim today?

If, indeed, fallen angels can have sex with women and produce some sort of divine/human creature(ie.,giants) - my question is why hasn't it continued over …

With respect to your comments about the Nephilim. I am very familiar with that school of thought, and it is erroneous, along with the uncannonized lost …

The Nephilim were born of human women, always male like a mule, and always sterile. The first angel to take a human wife may have been Kichunna of the …