The great Jewish historian Flavius Josephus also prescribed to the theory of the Nephilim as fallen angels.

This is clearly stated in Josephus Antiquities of the Jews. Josephus, unknowingly, also attacked the theory which supposes the "sons of God" were descendants of Seth. In chapter 3 of The Antiquities Josephus talks of the sons of Seth.

He praises Seth himself in chapter 3 saying; "Now this posterity of Seth continued to esteem God..".

However, Flavius Josephus goes on to talk of Seth's descendants straying from the path of their forefathers.

"...but in process of time they were perverted, and forsook the practices of their forefathers; and did neither pay those honors to God which were appointed them, nor had they any concern to do justice towards men."

Immediately after his depiction of the degradation of Seth's line, Josephus talks about the incident in Genesis. 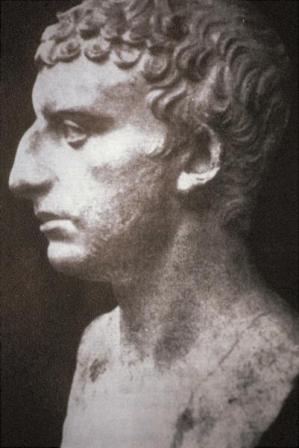 "For many angels of God coupled with women, and begat sons that proved unjust, and despisers of all that was good, on account of the confidence they had in their own strength; for the tradition is, that these men did what resembled the acts of those whom the Grecians call giants."

A fascinating comparison is made in this passage to the Greek gods. Josephus states the Nephilim performed acts which were equivalent to the acts associated to the gods of Greek mythology.

Were the Greek gods of Greek mythology founded upon the behavior of those Nephilim which had found their way to ancient Greece in the days of Noah?

The evidence may suggest just such a thing.

By all accounts of the Nephilim, they indeed possessed almost magical powers. They were extremely powerful, and very influential.

The Nephilim ruled over man, whilst dwelling among them. They took human women, and did what they pleased.

The Nephilim are strikingly similar to the Greek mythological gods, and seem to provide a foundation upon which such myths may be built.

Josephus pictures Noah standing up to the Nephilim and people of his day, urging them to change their ways and pursue God.

However, Josephus states they did not heed his preachings, and Noah eventually fled the land with his family in fear of his life. Perhaps it was during this exiled period which Noah built the ark.

In any case, Flavius Josephus makes his stance clear on the subject. The writings of Josephus were also in line with the prevailing opinions of ancient Israel .

The opinion was, the "sons of God" in Genesis were, in fact, fallen angels. The offspring they produced, the Nephilim, were of such a wicked nature, all of mankind was corrupted by them.

Josephus also believed the Nephilim were remarkably powerful, and intelligent, and that they provided a historical basis for the Greek mythological belief system.

Though the accuracy of Flavius Josephus has often been debated, as he often wrote to please certain audiences, he does provide valuable insights into the culture and beliefs of his era.

Share Your Thoughts on Josephus' View of the Nephilim. Do you study Josephus? Are you interested in his works? What are your thoughts about the Nephilim? Click on the link above to give us your insight, thoughts, comments, and questions!

The works and writings of Flavius Josephus has influenced the modern day view of the ancient Near East nearly more so than any other. He sheds light on the world of the New Testament. Josephus tells us about the Herodian family, the temple, the Pharisees, the Sadducees, and the Essenes. He mentions James the brother of Jesus, John the Baptist, and even Jesus himself. Steve Mason's Josephus and the New Testament is a must have for Bible and history enthusiasts! Click on the link below to visit Amazon.com and Josephus!

No source, other than the Bible itself, provides more relevant information on the first century than the work of Flavius Josephus. This newly edited version updates the original 18th century language; includes commentary by the award winning author and historian, Dr. Paul L. Maier; features over forty photos of ancient sites and artifacts mentioned by Josephus; cross references numbers throughout to the Greek text of Josephus in the Loeb Classical Library; and offers revised indexes of subjects and Old Testament texts. (review courtesy barnesandnoble.com) Click on the link below to re-direct to bn.com and add this valuable resource to your library!

The New Complete Works of Josephus

Back to Flavius Josephus 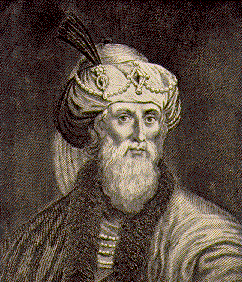