In ancient Syria's early written history, the region was known as Eber Nari ('across the river') by the Mesopotamians. This land included modern-day Syria, Lebanon, and Israel. Eber Nari is referenced in the biblical books of Ezra and Nehemiah. In addition, Abraham has a descendant named Eber identified in Genesis 10.

The two most important cities in ancient Syria were Marie, founded in the 5th millennium BC; and Ebla, founded in the 3rd millennium BC. Both of these cities were founded after the cities of Sumer, in southern Mesopotamia; and both cities of used Sumerian language and writing, worshipped Sumerian god and dressed in Sumerian style. The influence of southern Mesopotamia was strongly felt in the northern regions as well. 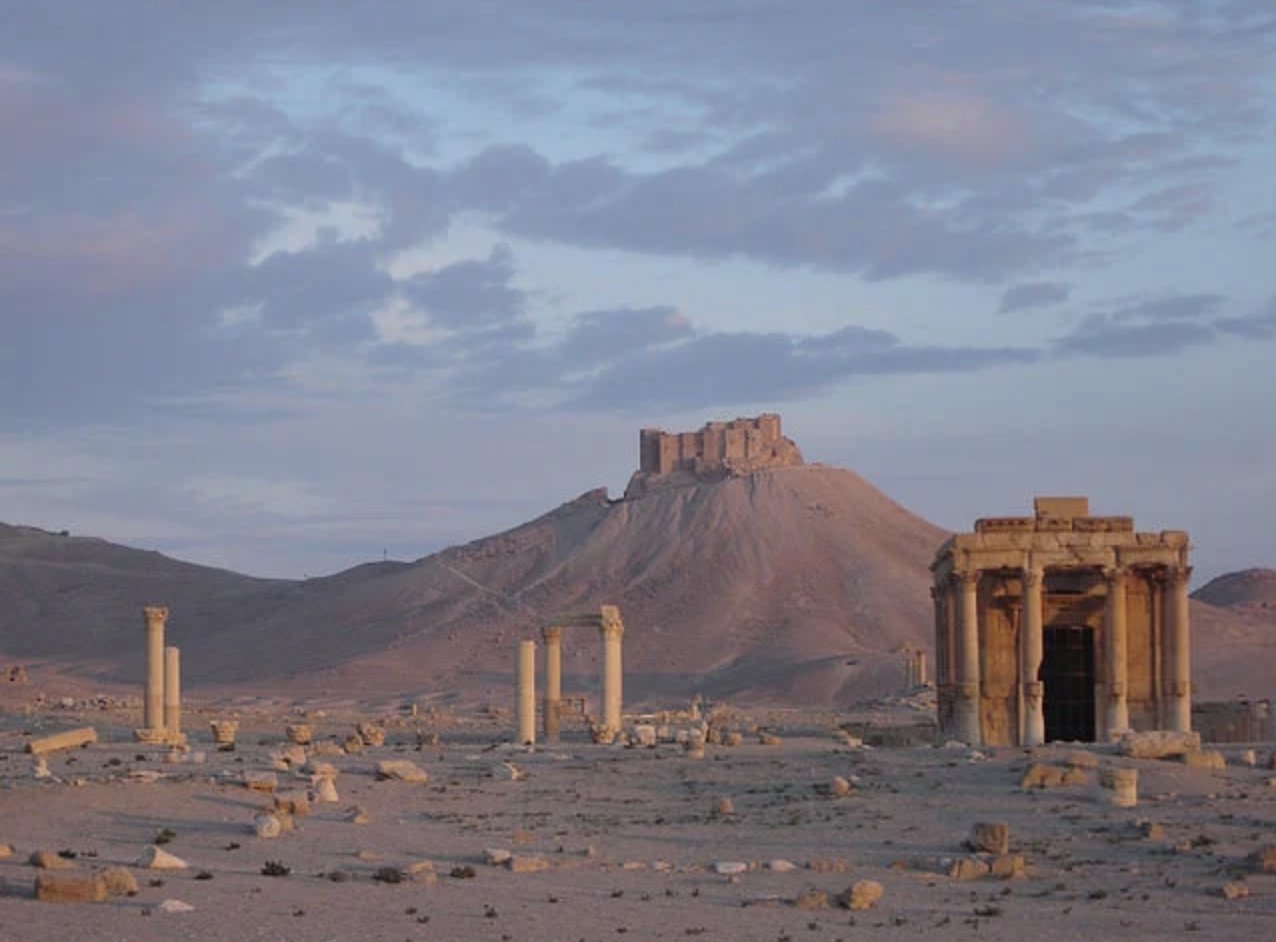 Ancient Syria provided a link to Turkey and other cultures from the land of Canaan. Syria is located to the immediate north of Israel.

The country has acted as a buffer between Canaan and Turkey over its ancient history. Syria's borders stop where the Amanus Mountains, rising up to 7,000 feet, begin in the northern limits of the country. The ancient Cilician gates provided an important pass through these mountains to the Cilician plain, which provided access to the Anatolian Plateau.

Many important ancient cities were located in Syria, or nearby its borders. Two of the oldest continually occupied cities in the world are Aleppo and Damascus. Carchemish, which rested on the Euphrates River, was a strong city-state in antiquity. In 609 BC the Assyrians moved their capital from nearby Haran to Carchemish.  Egypt, allies with Assyria, marched to Carchemish to help Assyria retake Haran.

It was this march by Egypt which was interrupted near Megiddo by Josiah, King of Judah.  Josiah was killed in battle by the Egyptians, who continued their march to Carchemish to join their Assyrian allies. From Carchemish, Egypt and Assyria gathered to battle the Babylonians and their allies in Haran. History labeled this as The Battle of Carchemish. 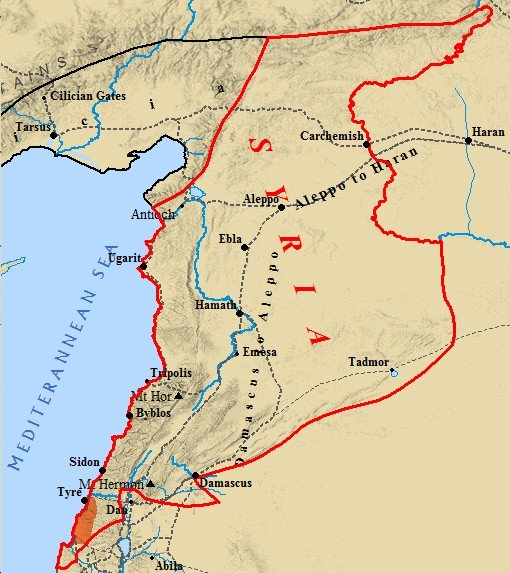 A Map of Ancient Syria. Damascus remains its capital today.

Haran was strongly tied with Abraham and connected Syria with Assyria & Mesopotamia to the east. Haran and Carchemish dominated the steppe land named Al-Jazirah. Haran bears the name of Abraham's brother in the book of Genesis. Haran dies while visiting his brother and father in Ur. Terah, Abraham & Haran's s, Lot, then moves to their ancestral homeland of Haran. Terah dies in Haran, after which Abraham & Lot depart for the land of Canaan. Haran is deeply tied to the Biblical narrative.

The land near the Balikh River was known as Aram-Naharaim - a name which appears in the Old Testament five times.  Hamath, Ebla, and Aleppo were also important cities, as they all rested in valleys along the International Coastal Highway.

Damascus is one of the oldest continually occupied cities in the world, as its brother to the north, Aleppo.Damascus was especially tied to the Biblical narrative, often acting against Israel's interests.  Damascus is a city frequently mentioned in the Bible and plays an integral role throughout Scripture. It was on the Road to Damascus that Saul had his encounter with Christ and became Paul.

The Scriptures first references Damascus in Genesis 14:14, during the War of the Northern Kings. Damascus appears in connection with Abraham’s rescue of Lot after he was kidnapped by King Chedarlaomer and his allies, who raided the Cities of the Plain - Sodom & Gomorrah - and took Lot, who was living in Sodom, captive.

Abraham’s senior servant Eliezer was from Damascus. Only 130 miles north of Jerusalem, Damascus is the capital city of modern Syria. It was also at the heart of the Aramaean alliance in the Iron Age, and was often at odds with Israel during the reign of King David.

Syria was an integral link to outer influences in ancient Palestine. Ancient kingdoms in Damascus and Carchemish, mentioned above, carried a significant influence and attracted trade from other civilizations.

This caravan route stretched across the entire desert, and was made possible only by the vital city of Tadmor. South of this route,  travel was nearly impossible. Damascus was another very important caravan city. Damascus was an oasis city, formed by the Barada River, and was located east of the Anti-Lebanon Mountain range.

Have you visited Syria? Do you live in Syria? What about the land of Palestine? Click on the above link to give us your insights, thoughts, comments, and questions!

Back to Ancient Syria 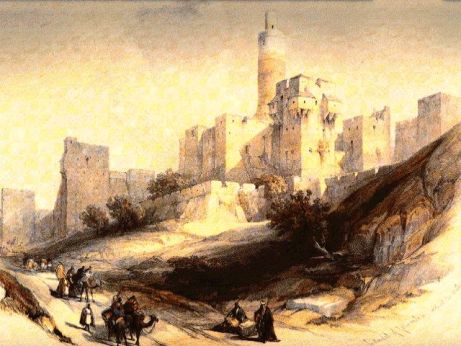